IPSA CEO: We must place Employee Share Ownership at the heart of Ireland’s new economic era 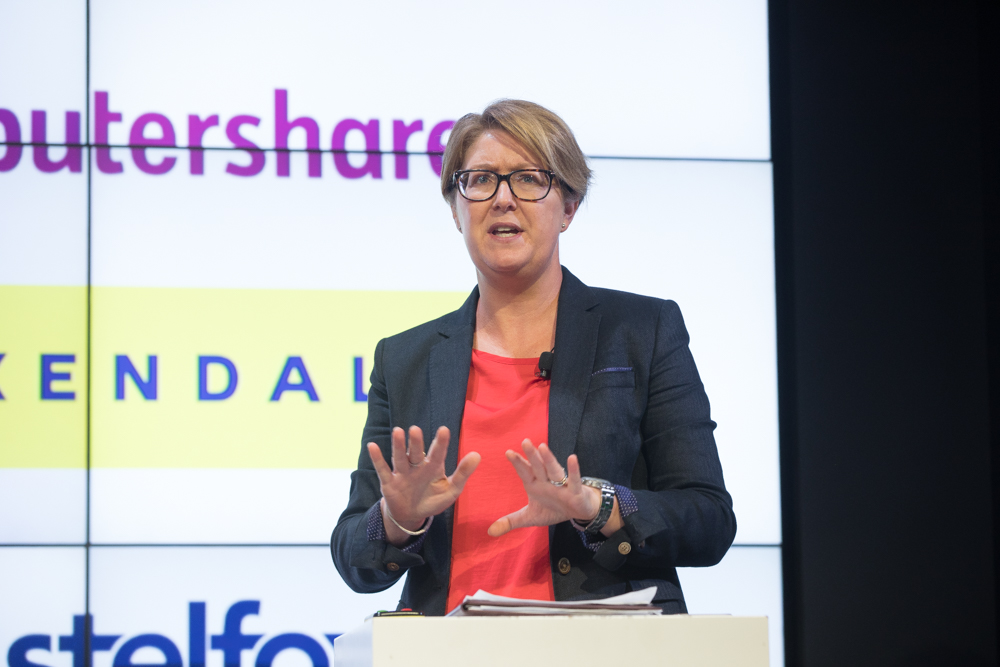 IPSA CEO Gill Brennan has called for Employee Share Ownership to be at the heart of a new economic era for Ireland.

Drawing parallels with TK Whitaker’s blueprint for modern Ireland 60 years ago, Ms Brennan said that the Government has an opportunity to build new revenue rules and laws which meets the needs of all businesses in the 21st-Century by promoting employee share ownership.

Delivering her closing remarks at the IPSA KEEP seminar in Dublin, Ms Brennan told delegates that the KEEP was flawed but could evolve to deliver great opportunity for Irish business.

She said: “If we can get the KEEP legislation right – and by right, I mean fit for purpose for all forms and types of start-ups and SMEs currently operating in Ireland – we stand to gain significantly. We stand to gain more profitable firms which in turn generate more corporation tax for the exchequer. How can this be a negative thing?

“More profitable start-ups and SMEs means a broadening of the net for corporation tax – hence lessening our reliance on ten multinationals to deliver over 40% of our corporation tax-take.

“Sustainable employment in profitable firms means happier wealthier employees, which filters down into society. Communities where employee owned businesses are at the core of the socio-economic circle report higher education levels, lower crime rates, greater community engagement, narrower gaps between rich and poor, and an overall harmony which almost seems too good to be true.

“If you don’t believe me, look at Imola in Italy, a town and region whose economy is almost completely driven by co-operative employee owned businesses. In Imola, all I have said is true. So why ignore a business model that meets both a social and economic need for our time?

“I believe Ireland stands on the cusp of a new economic era. We live in a time when past economic models while not redundant are not always fit for the world of business we currently live and work in. By this what I mean is that much of today’s new business is driven by what are known as Intangible Assets – we can’t always see what is produced. For example, apps, fintech, smart tech.

“If the economic models we have used to date are not fully fit for purpose now or in the future, it stands to reasons that our revenue rules and laws will not be either. Now I am not saying toss out the baby with the bath water here – what I’m saying is hold onto the baby, throw out the old bathwater and refill with new fit for purpose bathwater that meets the needs of all businesses, old and new.

“I still believe the KEEP legislation is a step in the right direction, and staying with the baby theme, when learning to walk there will be a few tumbles along the way – and so it is with KEEP – the baby so to speak has stood up, taken a few steps and is toppling at certain points.

“But with time and effort the walk will become steadier and more certain and so too it will be with KEEP – but we will have to help show legislators the way.

“This is new ground for all and it’s a time to think big and think brave. I think it is important to first take a look back – in 1958 a young, energetic secretary of the Department of Finance wrote what was to become the blueprint of modern Ireland.

“Whitaker’s Programme for Economic Development was revolutionary economically. It was his answer to Sean Lemass’s policy of protectionism. In Whittaker’s own words: ‘Protectionism had outlived its usefulness, but it was difficult to dismantle as it had become a sort of patriotic ideal and any change could be viewed as undermining what it meant to be Irish.’

“Can it be said that Whitaker’s words are prescient of today when he used them referring to an Ireland of the 1940s and ‘50s? I think so.

“Whitaker’s economic idea of opening Ireland up to European and Global markets and attracting Foreign Direct Investment to Ireland has worked brilliantly for exactly 60 years – but in the last 20-25 years the pace of economic change is nothing like what went before it.

“Has FDI become our patriotic ideal? Will it be the rock on which the Irish economy will ultimately perish supported by its 10 multinationals paying the majority of its corporation tax? Or will some brave civil servant, supported by a new wave of Irish entrepreneurs and business thinkers, be the Ken Whitaker of our generation?

“We need brave thinkers and visionaries in our civil services. Someone brave enough to put their head above the parapet of same-ole, same-ole and take a punt. I’m not talking about a Hail Mary, I’m talking about a well-reasoned, researched and proven business model.

“We at IPSA believe that employee share ownership is that business model – it will benefit both society and economy and along the way prove yet again that Ireland can be a brave, visionary leader at a time when it is needed most.”