ESOD21 review – Fitbit employee engagement, KEEP issues, and how to save SAYE 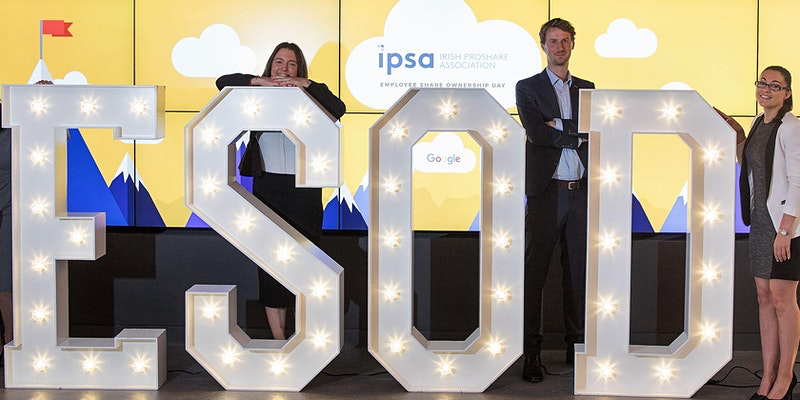 Many thanks to all those who attended ESOD21 last week. It was wonderful to be able to celebrate employee share ownership in Ireland once again, albeit in a remote setting.

Thanks also to Computershare for sponsoring what was IPSA’s first ever virtual Employee Share Ownership Day.

Attendees were treated to an impressive line-up of speakers and some terrific insight into the employee share ownership landscape in Ireland.

One of the highlights was Fitbit HR Director Clodagh Logue’s fascinating story of Fitbit’s growth in Ireland, and how it contributed to the company’s global success. Clodagh talked abut how improved employee engagement resulted in significantly increased employee satisfaction and retention.

Share ownership has always been a fundamental pillar of Fitbit’s incentivisation programme, Clodagh explained. “Every employee received shares when they joined Fitbit and refreshes of equity every year were made available to 90% of staff,” she said. “However, it was other work which established a true sense of shared ownership in the company.”

This involved defining a high performance culture from the top and taking steps which included building a high performance leadership team that was invested in implementing a culture of listening and continuous feedback from all employees. Every Fitbit employee knows what is expected of them, Clodagh said, and top performers are recognised and rewarded accordingly.

Focusing on these key tenets and on employee wellbeing, including during the covid pandemic, resulted in a 21-point increase in employee engagement from 2017 to 2020, while 90% of respondent employees say they feel proud to work for Fitbit

Clodagh highlighted employee engagement surveys as a particularly useful, and cost effective, tool for any company seeking motivate, retain and incentivise its staff. 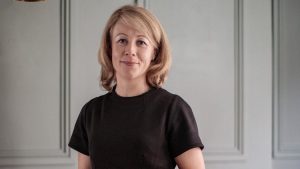 ‘What asking employees for their feedback and sentiment gives you is data… It puts the whole idea of employee engagement into a more quantifiable, actionable sphere’

She said: “What asking employees for their feedback and sentiment gives you is data. It moves you on from just thinking about why people are leaving. You actually get some data that leaders and managers can respond to and think about and take some action around – and then you get the opportunity to see if you’re making progress in addressing those issues.”

“It puts the whole idea of employee engagement into a more quantifiable, actionable sphere.”

Scale Ireland CEO Martina Fitzgerald spoke about Scale Ireland’s role championing start-ups in Ireland. Similar to IPSA, Scale Ireland views the current KEEP scheme targeted at start-ups and SMEs as not fit for purpose due to onerous qualifying restrictions and limitations, and difficulties navigating the scheme.

An author and former journalist with RTÉ, Martina also spoke about the strength of Ireland’s start-up culture but also how companies are disadvantaged compared to their counterparts in many other European nations and the UK. 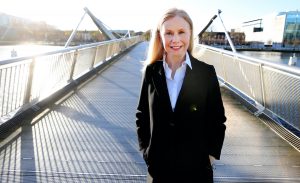 Martina Fitzgerald spoke about the strength of Ireland’s start-up culture but also how companies are disadvantaged compared to their counterparts in many other European nations and the UK.

She said much more is needed to be done to allow start-ups to compete with larger multinational rivals for talent by utilising equity sharing. Share options are the most viable means for start-ups to achieve this but not under the current KEEP scheme, which has been marked by exceptional low take-up since it as launched in 2018.

Martina said that Scale Ireland is calling for the following changes to KEEP:

She explained why companies use share remuneration to help attract, retain, engage and motivate employees. By providing staff with ‘skin in the game’, they feel a greater connection to the company, which drives performance and, in turn, productivity for their employer. 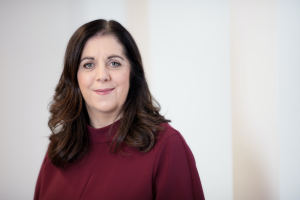 Sarah spoke about the types of share remuneration – both common and approved plans – and which are most favoured by different types of companies, including indigenous Irish and also US and UK mulitnationals.

The uncertainly facing Save As You Earn (SAYE), one of the most popular schemes, due to Brexit and the withdrawal of Ulster Bank from the Irish market, was also raised by Sarah and also by IPSA chair Eleanor Cunningham.

SAYE is a tax efficient all-employee share share under which a company grants options over shares to employees. These options are linked to a formal savings contract between the employee and a third party financial institution. At end of savings period, employees have saved sufficient capital to buy the shares.

However, SAYE has experienced a series of blows in recent years. YBS and Barclays can no longer facilitate SAYE accounts due to Brexit, leaving Ulster Bank as the sole provider in Ireland. The recent decision of Ulster Bank to withdraw from Ireland means that SAYE is in jeopardy and will cease to be viable unless another savings provider is found.

Eleanor assured ESOD21 attendees that IPSA would continue to work with the Government to secure a resolution to this pressing issue.