By IPSA AdminSeptember 28, 2022No Comments

The extension of the Key Employment Engagement Programme (KEEP) to the end of 2025 was one of several pro-SME measures announced yesterday in Budget 2023.

The move was part of a package of extensions to tax credits and supports for enterprises, SMEs and the agri sector announced by Finance Minister Paschal Donohoe.

Amendments are being introduced to facilitate companies buying back shares from employee participants in KEEP, while the lifetime company limit for shares in the scheme is being raised from €3m to €6m. In addition, there are a number of provisions around group structures and qualifying employees which were originally detailed in Finance Act 2019 which are now being brought into effect. 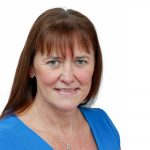 IPSA Chair Marie Flynn said: “The amendments announced to KEEP are significant and positive changes which should make the scheme more attractive to those it is designed to help.

“KEEP allows employees in qualifying companies to acquire shares at a future date and at a fixed price, under specific conditions, without paying income tax.

“Doubling the company limit for shares from €3m to €6m and allowing share buy-backs from employees should provide start-ups and SMEs with an important tool to attract and retain top talent in the face of stiff competition from larger companies.

“We have yet to see the detail of these changes in the Finance Bill, but IPSA is optimistic that, once introduced, they will drive take-up of KEEP among SMEs, which has been poor up to now.”

The KEEP amendments in Budget 2023 follow the UK mini-budget last week which saw some major changes impacting employees and share plans, including the abolition of the top rate of 45% for individuals and a doubling of the limit for the Company Share Option Plan (CSOP) from £30,000 to £60,000.