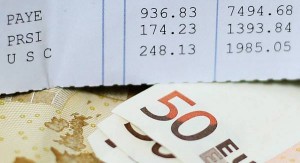 Following the release of documents under Freedom of Information legislation to Sinn Fein’s Pearse Doherty last week on the options for getting rid of the hated Universal Social Charge, we at IPSA are concerned that the removal of the USC will seriously hinder the ability of Irish businesses to remain competitive.

The headline grabbing 600% increase in the Local Property Tax (LPT) has overshadowed the proposed increase in stamp duty on shares and recommended increase in Capital Gains Tax (CGT) from 33% to 38%.

Increases such as these would pose a significant barrier to the continued growth of Irish business competiveness.  At a time when Government should be doing everything in its power to attract key global businesses to Ireland, the documents released indicate the opposite. Most global executives count on share remuneration as part of their salary package. These moves to tax this element of compensation would be detrimental to multinationals’ decision to come to Ireland. On top of this as Irish businesses struggle to retain key top performing staff, share remuneration is now a key element to the remuneration package. Dis-incentivising this key element for businesses to attract and retain strong innovative staff we believe would be a very short-sighted move by Government.

We are all in agreement that the USC is bad for business, but if Government’s plan is to find tax from other places to fix the ‘problem’ of the USC then this is worse. IPSA is not advocating for non-payment of tax, we are simply stating that there are many ways to slice this up. All it takes is imaginative thinking and a Government brave enough to think beyond the next election. If this Government is brave enough to call for the creation of a Social Economy in its Programme for Partnership Government, it should be brave enough to think outside the box on this one.